An "entropological" approach of mathematical "categories" #2 I have introduced the concepts of "entropology", used here to comment this paper in my previous article, #1 to be seen here.

The authors introduce the category by an example: a category of finite sets and maps.

The first concept is that of "object": “An object in this category is a finite set of collections.”

What does it means?

From our anthropological point of view, an element is not at the same imaginative level than a set of elements. This is due to the structure of our language. To gather in a same set a lot of elements, we have to define a rule to link them together. And this rule is a meta-language regarding the representation (referents) of the so-called elements (referred). And, obviously, to describe both the elements as well as the set, I am in an ex-post position:

And my activity to gather these elements on this particular set is a diachronic motion between Ielement and Iset. This motion can be seen as a choose:

But, the definition of an object is endless: the elements of our set are defined themselves as “collections”. What kind of collections? At this stage of our reflection (i.e.: introduction of categories) that doesn’t matter: we have not to go in deeper details. The term of collection, used to define an element, means only that the element itself has a similar structure than the set one. A set is a set of sets…

In others words, the objects have a fractal structure, but we focused our attention (our intention), only on two imaginative levels:

This way to define an object is really in line with our previous introduction to the so-called “entropology”.

For example, consider the element “ Mary” in the set (John, Mary, Sam). The authors don’t precise “Mary” except by this characteristic: “Mary” is part of the considered set. But if I want to know more about “Mary”, I have to detail the description of “Mary”. "Mary" could be a set of 4 letters, or the mother of God; it’s up to me.

We can go downstream our “diachronic axis” indefinitely: there is always a “following step” between my Imagination (I) and the Real (R). I’ll just consider that I meet “Mary” as a part of my “Real”, when she hurts my Imagination. Or when I consider that my Imagination doesn’t succeed to inform me regarding her action or reaction;

We can go upstream our “diachronic axis” and consider, reaching the level of my own personality (Im) that I can’t stay anymore in an ex-post position when I speak about her. For instance, she can be my mother, or the “Other”, the “A” of Jacques Lacan, and I have to see her, in a post-ante position, as an image of my Symbolism…

So this definition of an “object” is purely related to me, part of my Imagination (part of I);

Never defines what is Real (I is off R): the fractal structure of Imagination prevents us to this; and this implies that we are in an ex-post position.

“A map f in this category consist of three things:

As the fractal structure of our Imagination can be represented like a tree (refer to Lévi-Strauss), we can consider that a “map” describes a “branch point” of this tree structure.

In fact, there is no difference between an “object” and a “map”: this is just a question of point of view. We focus our attention on the map which appears to be an object constructed from two elements, two “objects” (i.e.: the domain and the codomain), and our action to do this construction is the “rule” itself.

This means that "map", "domain" and "codomain" are synchronic concepts.

But what about the rule itself ?

This is an action. When actually, I choose the element “Mary” to connect it to the element “coffee”, there is a motion or a transformation, involving some diachronic gap to pass from IA > Ia and IB > Ib to IAB.

And I keep the track of this movement on IAB by drawing an arrow connecting the trace of “Mary” at this level, to the trace of “coffee”, at the same level in order to read: either “Mary” => “coffee” or A => B.

I insist on that point: in order to be able to draw this arrow, we have to develop a common Imaginative level (i.e.: IAB) where we can put together A & B as well as a & b and the rule itself; just as we need a sheet of paper to draw the picture representing that “map”.

In another words, when I describe on IAB (i.e.: with “synchronic” concepts) a “diachronic” action involving different levels, I “reify” the action. Just as I fixe an action when I take a picture of a scene.

In that way, the term of “map” is very well appropriated: it is a projection at a certain level; IAB, of a motion (i.e.: diachronic motion) involving various levels (IA; IB; Ia; Ib) beneath this last one.

The status of the domain and the codomain are different, and this implies very important dissymmetry between them.

That means that we focus our attention on the domain (i.e.: A or (John, Mary, Sam)) and the choose we make to complete our representation, involve each of the element of the set A. More over: for each element we do a single statement. Far example: Mary => coffee. In others words, saying Mary => coffee, implies that Mary's status can’t be another state of the codomain B.

At the lowest level of our Imagination, where the language splits to a succession of 0 and 1, my elementary choose for any element a is between 0 or 1. The rule (a) at this early stage is exactly the “no-contradiction principle”.

So, the rule (a) can be seen as a trace, at an upper level Ia of the way we structure our mind, by various series of dichotomies (refer to my previous article).

Because of this major dissymmetry between A and B, the motion, which conducts from A to B, is different from the motion conducting from B to A. And this dissymmetry is the trace, on IAB of the effective (diachronic) motion which conduction from A (in IA)> to B referred in IAB :

So, even at this very elementary level, this approach implies a kind of uncertainness (refer to "le principe d'incertitude d'Heisenberg sans les maths"), in connection with the motion, or the time itself. But, as far as we forget the motion, when we just describe the function f at the IAB level, the difference is blown out.

Although this difference remains still locatable. Indeed, of instinct, the authors place the domain to the left and the codomain to the right of their plans, and the arrow, representing the function f or the rule is drawn from left to right: the starting dot (in A) to the left and the target dot (in B) to the right (nota 10/01/17 : we discuss the point in detail on article #6). The inverse function f-1 is directed from the right to the left, and the whole idea behind is that we "go back" from B to A. But, as we have still seen, the diachronic structures of f and f-1 are different: and this is related to our representation of the time by a diachronic gap.

This will be read even more clearly in the composition of functions.

On the next article, we’ll discuss about the identity function and the composition of functions.

PS : I must apologize for my poor english, and I'll be pleased to heard about your remarks in order to clarify this paper.

I'll put ASAP some figures to help the reading of my article, but, it takes some time, and it is not really easy on this blog. 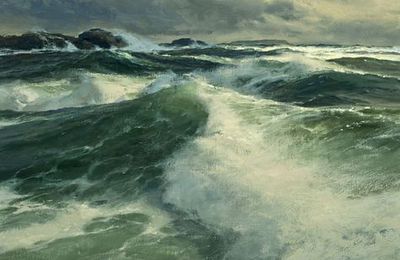 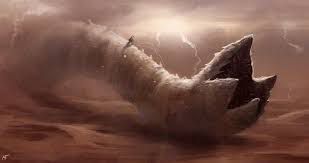